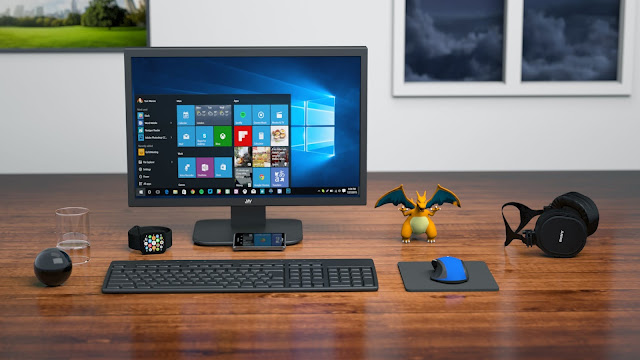 Access Time || Access time The time interval between the instant at which data is called from a storage device and the instant delivery begins. ‘

Active Desktop || Desktop configuration in which your desktop can display Web pages from the Internet.

Active moniter || Multiported device that amplifies LAN transmission signals. Also, device responsible for monitoring a Token Ring. The active monitor ensures that tokens are not lost and that frames do not circulate indefinitely.

Address || An identification, represented in the form of a name, label, or number, for designating a particular location in the storage area.

Address Bar || Toolbar that can appear in Folder windows and Windows Explorer windows, and includes only the Address box.

Address BOOK || Windows 98 utility that is so designed that you can store names and addresses of your friends and clients, etc.

Address box || Box appearing on the Address Bar in a Folder window or Windows Explorer window, in which the name of the open folder appears. Also, this is a technique that allows different protocols to interoperate by translating addresses from one format to another. For example, when routing IP over X.25, the IP addresses must be mapped to the X.25 addresses so that the IP packets can be transmitted by the X.25 network.

Advanced Intelligent Network || It is an expanded set of network service made available to the user, and under user control that requires improvement in network switch architecture, signaling capabilities and peripherals.

Animation || A set of images, pictures, or drawings displayed in sequence to imply movement. Computer animation files can be inserted in programs, such as PowerPoint, and run by the speaker or viewer.

Anonymous FTP || The most common use of FTP, the Internet file transfer protocol. FTP sites that allow anony-
mous FTP do not require a password or access one only has to log in as anonymous and enter one’s e-mail address as a password.

Application Level Firewall A firewall system in which service is provided by processes that maintain complete TCP connection state and sequencing. Application level firewalls often re-address traffic so that outgoing traffic appears to have originated from the firewall, rather than the internet host.

American Standard Code for Information Interchange (ASCII) || A standard coding system for computers. ASCII-7 is a 7-bit code and its extended version ASCII-8 is an 8-bit code.

ASCII File || It is a document file in the universally recognized text format called ASCII. An ASCII file contains characters, spaces, punctuation, carriage return, and sometimes tabs and an end-of-file marker, but it contains no formatting information.

Asynchronous Transfer Mode (ATM) || ATM is a switching and multiplexing technology that enables voice, data and video to be transmitted simultaneously over WAN s at high-speed. Data is converted into fixed-length (53-byte) packet, called cells, that are transported at high-speeds through the network. These cells are then converted back to their respective traffic types at the destination.

Attached file or Attachment || File that is sent as part of an e-mail message or Newsgroup article.

Authorization || The process of determining what types of activities are permitted. Usually, authorization is in the context of authentication: once you have authenticated a user, they may be authorized different types of access or activity.

Autonomous System || A collection of networks under a common administration that share a common routing strategy.

Eat Your Own Bread

2020 Twi Theme Songs of the Church of Pentecost with Translation...

The Living Word Devotional by Dr. Mensah Otabil – The Paths...

ABOUT US
PENTBOOKS is an ultimate first class web application designed to meet user-specification in educational resources among Pentecostals and Charismatic.
Contact us: [email protected]
FOLLOW US
© Pentbooks Magazine | Sampson Ampiaw's Ministry | Powered by Elive Studio